A Visit with the Oakley Community Garden in Asheville, North Carolina

Rev. Shelly Webb’s eyes light up when she talks of the transformative powers of a garden. She has experienced first-hand how a vacant lot in a tumbledown neighborhood can end up being a force for good in the community. She has witnessed an elderly woman in her eighties, who had thought her life was over, gain a new purpose in life when she resurrected her husband’s old garden hoe and put it to use in the garden. She has seen neighbors exchanging greetings and coming together for harvest meals in an area where people previously stayed inside their homes and didn’t venture out in the neighborhood. She has seen young and old, all faiths and races work side by side as they sowed, nurtured and harvested plants in a community garden. She knows that more than plants grow in such a garden. She has seen relationships grow. She has seen community grow. She knows the harvest is bountiful.

When Shelly landed in east Asheville, North Carolina, in 2010 to serve as the pastor of the Oakley United Methodist Church, it wasn’t of her own choosing. She had lost a job she loved as a chaplain at Brevard College, where she had worked for 8 years. She loved college ministry and had even started a community garden on the campus. Her interest in faith and food brought her together with others to discuss justice matters centered on faith and food. How do we feed the hungry? How do we address food deserts? What are we called to do as people of faith when we have hungry children around us? She wanted to answer these questions where she was.

She came face to face with these questions in her new community. Her new congregation was what she described as a dying church. It was in a part of the city that was a bit ramshackle and rough. Shelly put it nicely when she said the area was in “a mismanaged pocket” of the city. As many neglected and overlooked areas are, it was a food desert. There were no grocery stores or farmers markets. Eighty percent of the children who attended the school just two blocks away were impoverished and received subsidized breakfasts and lunches (the average for North Carolina is 69%).

But where some people may not see much hope, Shelly recognized some important characteristics of the community. “I could tell the people of Oakley wanted a simple life,” she explained. “People were reclaiming old abandoned housing. The houses were small but there seemed to be a desire for a more wholesome life with neighbors you talked to.” One of the problems that Shelly knew her small congregation needed to overcome was its isolation. “People would not come inside to worship,” she explained.

This young pastor has a knack for recognizing resources and gifts though. In this case, it was a large plot of land behind the church and a handful of aging parishioners willing to listen to new ideas and give them a try. She proposed a garden. With a mission to create community for body, mind, soul and spirit, the small congregation set to work. Shelly had a connection at nearby Warren Wilson College and she sought their help.

“They taught us the best orientation of the garden, how to plant and what grew well together.” “It may be shocking in some ways,” Shelly says, “but we just followed the Spirit without much of a road map. It’s amazing how things came together and evolved based on what the community needed.” 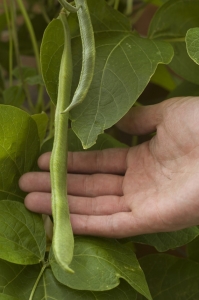 She says that numerous churches ended up calling her for how-to advice when they learned of the garden’s success. She stresses that instead of following a how-to guide, it’s important to be attuned to what the community needs, where its interests lie and to not be afraid to take risks or of being afraid to fail.

“Don’t form too many committees,” she advises. “You can over plan and over analyze. We discovered we didn’t have to convince a lot of people to plow up the church yard. They were desperate; they were willing to do anything to help build community.” Behind the church, people gathered to build raised beds and a garden shed to store garden tools. The area became a magnet, drawing people to it to see what people were working on. People stayed and began to help. Tiny seeds and seedlings went into the ground. Neighbor met neighbor. The garden begat surprise after surprise, blessing after blessing.

Among some of Pastor Shelly’s favorites:

“I think it is a holy act to remember. We have a new generation wanting to savor food and to taste good food. To savor the act of passing down how to can . . .  to watch someone with arthritic hands can green beans . . . it is powerful.” 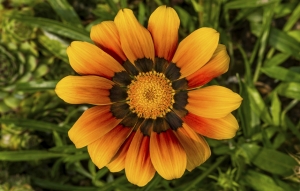 “Eating is such a common denominator to all of humanity,” says Shelly. “We all have to eat to survive. And food always tastes better when everyone has enough, when food is shared around a common table, and when it is grown with love and hope.”

In April 2013, Pastor Shelly returned to Brevard as the Executive Director of Sharing House of the Transylvania Christian Ministry, Inc. The faith-based organization, supported by more than 40 congregations and hundreds of caring individuals and business partners, has as its mission to see that every person has the basic necessities for daily life. Among their services is giving away food and fresh produce to those who would otherwise go hungry.
Learn More
The Oakley Community Garden is still growing strong based on the roots Pastor Shelly helped establish. Writer: Leah Chester-Davis
March 5th, 2014|Categories: Loaves and Fishes|